He was a born winegrower– he helped his mother as a boy. Mr. Benoit POINT joined the Alpine Hunters Regiment in the First World War, then returned safely home in 1918 to work at the estate.

Benoît inherited from his mother MADAME VEUVE POINT the privilege of being able to produce his own eau de vie, a spirit that was consumed every day for it was said that a drop was a aid to sleep. It was a ritual, among friends, to drink “Gniole” in the home.

On certain winter evenings, the first press new wine would be brought out to drink with roasted chestnuts.  The village children could attend accompanied by their parents and the different families would take turns to be host.

During the grape harvest the workers had to be ready to start at daybreak to work before it became too hot, and so the pickers who slept in the hayloft were woken by a bugle call.  Breakfast was composed of soup, goat’s milk with a little melted chocolate with bread and jam, for energy!    During this period M. Benoît POINT slept in the calm of the stable, with the horse. That way he kept warm and rested to be ready for the next day’s work. 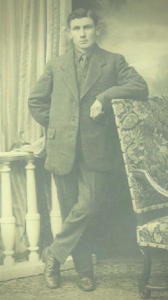 Just like MADAME VEUVE POINT, Benoît was well known and liked in the village. He always had a word for everyone. Having lived to a ripe old age, Benoit became an emblematic personality of the village. He would tell stories of the good old days when things were done simply, always with a smile on his lips.

He recounted the passage from the horse and cart, to the first motors, to the combustion engine… what an adventure!   As a youth he owned a moped, which was already quite something!  In 1987, M. Benoît Point went by aeroplane to Egypt to see his grandchildren. A few years later, in 1992, he was lucky enough to go up in a helicopter for the first time.  Always ready for adventure, he loved to discover new things and look at the world differently: a personality trait that he almost certainly inherited from his mother! 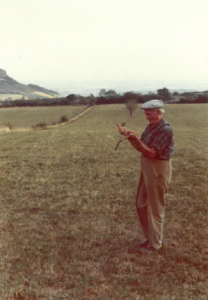 Always in a positive frame of mind and in good humour, he learnt from his mother to see the glass half full rather than half empty.   With his cap always on his head he loved to sing, especially traditional French songs, sometimes accompanied by his violin.

M. Benoît POINT passed away at home, rich in experience but where, by his own insistence, he lived with little material comforts. In his own words « what you need and no more ». 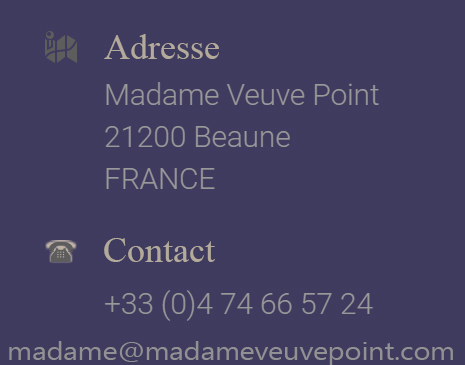